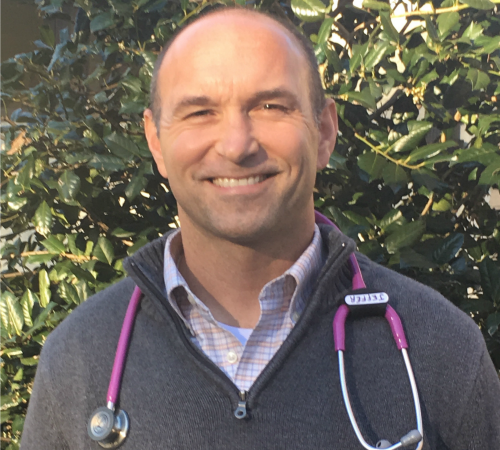 Dr. Jeffer is originally from New Orleans, Louisiana, and received his Doctor of Veterinary Medicine degree from Louisiana State University in 2001. Since graduating, he has worked across the country in small and large hospitals, shelters, and the U.S. Army, where he worked with marine mammals, working dogs, and working horses. After moving to Durham in 2006 and receiving his Master of Business Administration degree from UNC, he knew Durham was the place for him.

In his free time, he enjoys running with his two energetic mixed breed dogs, spending time outside with his family, going to Durham Bulls games, exploring Durham’s great restaurants, and attempting to learn guitar. Dr. Jeffer and his wife, Kelly, have three boundless boys who love to play, run, and create. He enjoys working with his community and their pets and is excited to join the Cornwallis Animal Hospital team. 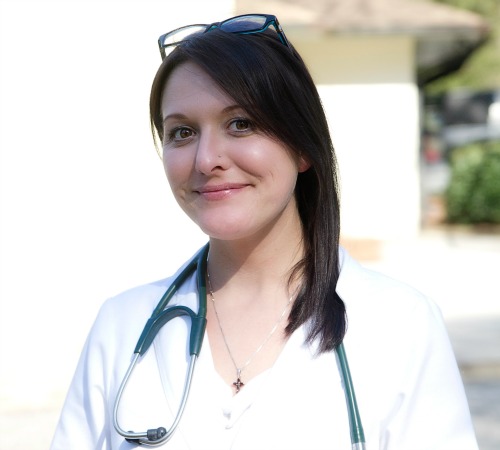 Dr. Amy Edwards grew up in Norman, Oklahoma where she attended the University of
Oklahoma for her undergraduate degree and Oklahoma State University College of
Veterinary Medicine. During that time, she participated in research in parasitology and
vector-borne diseases. After receiving her veterinary degree, she moved to North Carolina to
attend NCSU College of Veterinary Medicine for her internship and advanced training in
Internal Medicine before entering into small animal private practice.

Her areas of professional interest include advanced internal medicine such as endocrinology,
ophthalmology, and long term management of chronic illness. She has recently relocated
from Cary to Durham. During her free time, she enjoys cooking, hiking with her dogs, and
exploring the great city of Durham. Her home is run by her two dogs: Katie, a nine year old
Pitt mix and Frank, a two year old Pitt mix. 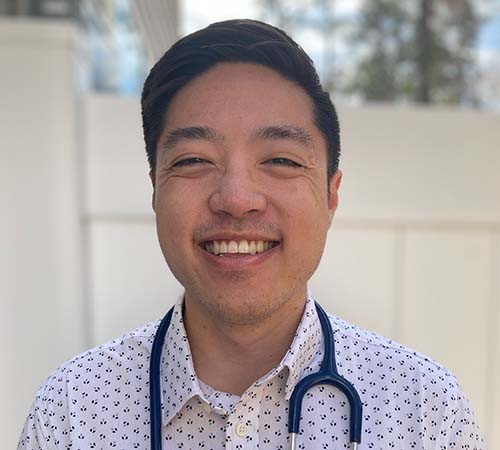 Dr. Eric Tam is originally from San Jose, California. He attended Oregon State University for his undergraduate degree and then graduated in 2021 from St. Matthew’s University School of Veterinary Medicine in the Cayman Islands. He completed his 4th year of clinical training at the University of Minnesota. After completing veterinary school, Dr. Tam moved to Durham to begin his career at Cornwallis Road Animal Hospital. His areas of interest include preventative medicine, dentistry, and surgery.

During his free time, Dr. Tam enjoys playing basketball, snowboarding, cooking, and finding out what the great city of Durham has to offer! He does not currently have any pets in Durham but has a 3-legged cat that lives back home and will be joining him soon. Rebecca goes by Becca. She has over three years of veterinary receptionist experience and we are excited to have her as the welcome wagon at Cornwallis! Becca is a North Carolina native who recently moved back from Delaware. She enjoys baking, crafting, hiking, and hanging out with her family (fur-babies Chloe and Micah included).